Lockdown Will Not Be Extended for Now, Bulgaria Ranks Second in Mortality after Hungary 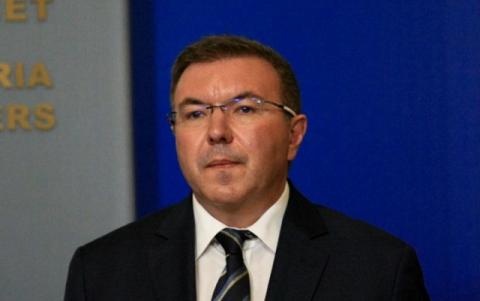 Bulgaria is already second in coronavirus mortality in the world after Hungary. That's what Head of the National Operational Headquarters Chairman Gen. Ventsislav Mutafchiiski said during the regular weekly briefing at the Council of Ministers.

There is no decision to extend the current measures against the spread of the coronavirus, said Health Minister Prof. Kostadin Angelov at the briefing of the National Operational Headquarters. According to him, the situation is monitored at every 12 hours and a change will be announced if necessary. "We believe that the measures are working," Angelov said.

What is different about the third wave of the coronavirus is that medics who were vaccinated during the first phase of the vaccination campaign do not get sick "That's how avoid shortage of doctors in the current situation," Prof. Kostadin Angelov added.

In his words, the situation in hospitals is significantly more severe than during the second wave, but the shortage of beds is compensated by newly established Covid wards. There are enough medications, a second emergency delivery of the Remdesivir drug will be ensured.

State Chief Health Inspector, Assoc. Prof. Angel Kunchev reported the morbidity data on 14-day basis, according to which the infected in Bulgaria are 661 per 100,000. This ranks Bulgaria 6th in the EU and 2nd  in the Balkans in terms of morbidity. With regard to mortality rates the indicator is 20 per 100,000 people, which means that our country is the first in the Balkans.

Minister of Economy Lachezar Borisov announced that the independent outlets in shopping centers, which have a separate entrance...