MEPs Spur Sofia, Skopje to Iron out Controversies for the Sake of Common EU Good 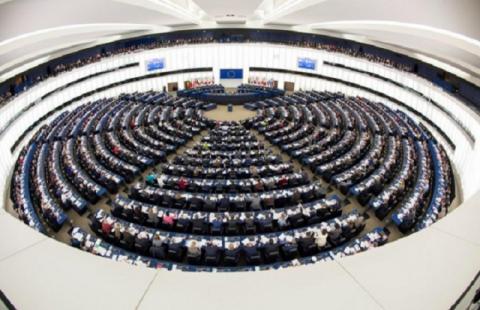 Addressing the European Parliament (EP) on Thursday, European Commissioner for Neighbourhood and Enlargement Oliver Varhelyi encouraged Skopje and Sofia to redouble their efforts to find a mutually acceptable solution to the pending bilateral issues. The EP is expected to vote later in the day on the progress reports on North Macedonia and three other Western Balkan countries.

"I encourage both parties to act in a constructive manner and to refrain from statements or actions that might undermine the EU's wider interest," the Commissioner said. "It is important that bilateral agreements, including the Prespa Agreement with Greece and the Treaty of Goodneighbourly Relations with Bulgaria continue to be implemented in good faith by all parties," he also said.

In his words, the reforms in North Macedonia should continue. He added that a lot remains to be done in terms of rule of law and countering corruption and organized crime.

Varhelyi expressed the hope that the accession negotiations with North Macedonia will be opened by July.

During Thursday's plenary debate on the progress reports, the rapporteur for North Macedonia, Bulgarian MEP Ilhan Kyuchyuk (Renew Europe/Movement for Rights and Freedoms) noted the country's achievements on the long and difficult path of reforms and the concessions made on the road to the EU. The progress report on North Macedonia calls for that country's political formations to refrain from nationalist and provocative rhetoric and insists on additional deeper and faster reforms, Kyuchyuk said.

Bulgarian MEP Andrey Kovatchev (EPP/GERB) said that joining the EU is the fastest way to overcome the consequences of communism. Every person in North Macedonia who publicly declares their Bulgarian...