Vaccination Passport Becomes Must in EU before Summer 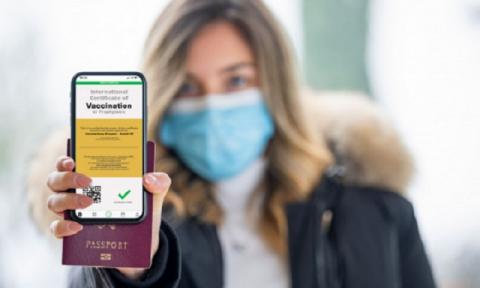 The European Parliament will speed up the approval of the vaccination passport launching an urgent procedure. The aim is to start using the document by early summer.

Some MEPs stressed the need for strict safeguards for the protection of personal and medical data and stressed that the unvaccinated should not be discriminated against.

The EU Digital Green Certificate, which will allow for safe and free movement during the pandemic, may contain information on whether the passengers have been vaccinated, whether they has recently received a negative test result, as well as information on the recovery after Covid-19 infection.

The British government is even considering allowing pubs to require their customers to have vaccination certificate or a negative coronavirus test to drink beer. The idea was shared by Prime Minister Boris Johnson in parliament and sparked a heated argument.

MPs have warned that this could be seen as discrimination against some population groups, such as young people who have not yet received a first-dose invitation, or minority representatives, among whom the vaccination campaign is rolled out more slowly for religious reasons. The idea was also criticised by restaurant and pub associations, who described it as 'unworkable'.

For some professions, such as frontline medics and social workers, vaccination is even considered to become part of the mandatory protocol on safe working conditions.