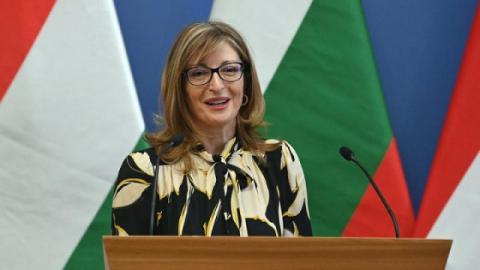 Sofia - Skopje relations have entered a new crisis following the publication last week of a report by the International Institute for the Middle East and Balkan Studies (IFIMES), a Slovenian think tank. The Bulgarian government suspects the North Macedonian government is behind the report, which calls Bulgaria the "ugly face of the EU" and claims Bulgarians were former Bogomils, Macedonians and Turks, forcibly 'Bulgarianised' after the San Stefano Peace Treaty.

The foreign ministry is particularly concerned by the fact that former and current advisers to North Macedonia's PM are part of the Slovenian think tank's management. Moreover, the North Macedonian government's website also mentions a contract between IFIMES and the executive in Skopje that ran between 2017 and 2020, for which the Slovenian think tank received €1,000 a month, the Bulgarian foreign ministry said in a statement.

According to North Macedonian media Prizma, the government in Skopje paid €36,000 to the Slovenian NGO in exchange for collecting and processing information on conflicts around the world.

Meanwhile, 920 Bulgarian books meant as donations for the Bulgarian cultural centre in Skopje were seized at the border of North Macedonia on Saturday, the foreign ministry said. The books were not allowed into North Macedonia despite the best efforts of a Bulgarian consul from the embassy in Skopje.

"The European Commission and the embassies of the European Union's member states in Skopje will be informed about the scandalous act of the...