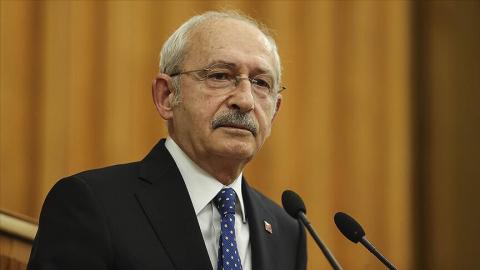 The main opposition Republican People's Party's (CHP) female members have applied to the Council of State over the termination of the Istanbul Convention.

CHP Women's Branch Chair Aylin Nazlıaka submitted a petition to the Council of State on behalf of women in the party, demanding the "annulment of the president's decision."

Speaking after the application, CHP Chairman Kemal Kılıçdaroğlu on March 29 said, "Their struggle is important, valuable; it is a struggle for rights. Everyone should support that struggle."

"Women are carrying out the most important actions in our republican history today because one person wants to take away the rights given by 600 deputies. Their struggle is important, valuable, and a struggle for rights. Everyone, who is human, must support that struggle. We also provide this support," Kılıçdaroğlu said.

Women in Turkey are reacting to a person who is taking away the right given to them by the parliament, so their reaction is rightful, he stated.

In her petition to the Council of State, Nazlıaka emphasized that the annulment of an international agreement approved by the Turkish Grand National Assembly by law should be made by a law arrangement and that the constitution alone does not give the president the power of ratification or dissolution.

On March 20, a presidential decree was issued to end Turkey's participation in the Council of Europe's Istanbul Convention, a comprehensive treaty that introduces strict obligations to the party states to take all the measures to end violence against women and any sort of discrimination against women.

According to the convention, any party state can demand its withdrawal from the treaty through a formal notification to the Strasbourg-based...