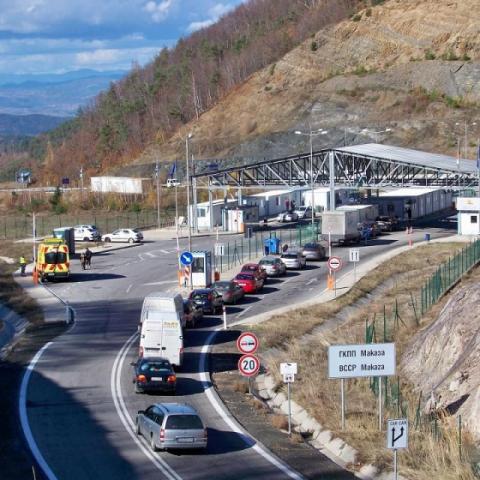 All vaccines will make you eligible for entry into Greece, and those immunised will be directed to the green lane at the border to avoid traffic jams. Those who do not have a vaccination certificate will need a negative PCR or antigen test, said Greek Tourism Minister Harris Theoharis, who is visiting Belgrade, reports Sloboden Pecat.

"The tourist season kicks off on May 14, that is, when the borders are open. There is an opportunity for countries that are successful in immunization, such as Serbia, to be included in our pilot project, where we can let in their tourists in April. But it depends on the health situation," Theoharis said.

The PCR test will be mandatory for children over the age of 10, while for younger ones it is optional. Tourism workers in Greece will be vaccinated with priority in May before the borders open.

According to data from Friday - March 26 - 1,496 new cases of coronavirus infection were documented in Greece in the last 24 hours, bringing the total number of confirmed cases to 249,458. In the same interval, another 53 deaths were registered, increasing the number of casualties to 7,754 people. A total of 707 patients are in intensive care, and their average age is 68.

Health experts said individual home testing would be one of the main tools used as part of efforts to resume social and economic life in the country. The tests will be mandatory for employees in trade, business, catering, tourism and courts, as well as for teachers and students.

The testing kits will be available in pharmacies from the beginning of April and the campaign will last for two months.

Priority is expected to be given to people up to 67 years of age, that is, the most active part of the population, writes Kathimerini.