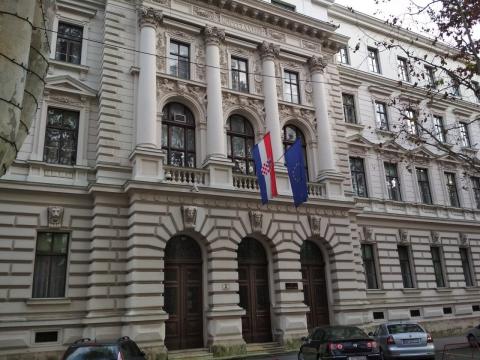 Zagreb County Court on Monday acquitted former Yugoslav People's Army, JNA colonel Vladimir Davidovic of the shelling of the northern Croatian city of Varazdin in September 1991 after retrying him in absentia.

The indictment had accused Davidovic of issuing orders that led to large numbers of shells being fired at civilian, business and commercial facilities in Varazdin, causing major damage.

Back in 1993, a court in Varazdin sentenced Davidovic to ten years in prison in his absence for committing war crimes in the city during the so-called 'War for the Barracks' before the JNA pulled out.

Two of his officers, Berislav Popov and Vladimir Trifunovic, were also convicted. Popov was sentenced to ten years in prison and Trifunovic to 15.

The JNA barracks in Varazdin were the largest in Croatia. In the night between September 13 and 14, 1991, the Croatian National Guard blockaded the barracks, cutting off electricity, water and supplies.

Fighting then started on September 15, when the JNA started shelling Varazdin. During the attack on the city, one civilian was killed.

On September 22, 1991, Trifunovic surrendered the JNA barracks in Varazdin to the Croatian National Guard in order to save the lives of his 250 soldiers and officers.

Trifunovic and his men were transferred to Serbia unharmed after negotiations with the Croatians, and the Yugoslav military prosecution then indicted him in January 1992 for "undermining military and defence capabilities".

The Serbia Military Prosecution charged him based on allegations that while pulling out his soldiers, he made it possible for the Croatian National Guard, which later became the Croatian Army, to equip itself with heavy equipment, tanks, artillery and rockets.