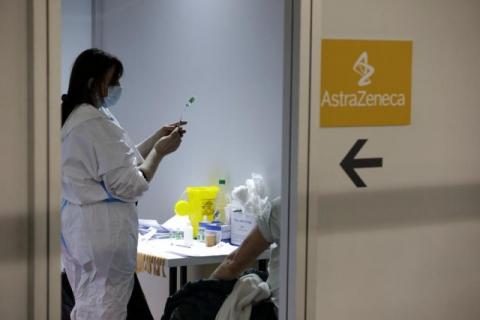 The president of the Serbian Chamber of Commerce, Mr. Marko Cadez talked to Bloomberg about vaccination weekend and some 8,500 doses of vaccines donated to business people from the region.

A number of international media reported last weekend that Serbia had vaccinated more than 20,000 foreigners, among them, the American economic site Bloomberg.
The text praising our country says that thousands of people from all over the Balkans traveled to Serbia this weekend for the first dose of the Coronavirus vaccine, due to lack of vaccines in their home countries.
Bloomberg points out that some 22,000 people traveled to Serbia on Saturday and Sunday, the nation with the fastest vaccination campaign in continental Europe. Most of the visitors received the AstraZeneca vaccine after receiving a choice of Western-made vaccines, so they can more easily qualify for future vaccine passports.
This renowned economic site points out that about 8,500 doses were given to entrepreneurs from Bosnia and Herzegovina, Montenegro, Northern Macedonia, Kosovo, and Albania to help local and regional companies stay afloat the pandemic, said Marko Cadez, president of the Serbian Chamber of Commerce.
"It is of vital importance that we try to save our partners - we are all connected in this region," Mr. Cadez told Bloomberg in a telephone conversation on Monday.
"All our companies have very interconnected supply chains. They really depend a lot on each other. You can't continue to produce anything if your partners have to close because of infection," he said.
Bloomberg also states that Serbia imported more than 2.8 million vaccines for its seven million citizens after Serbian President Aleksandar Vucic negotiated direct deals with several manufacturers,...