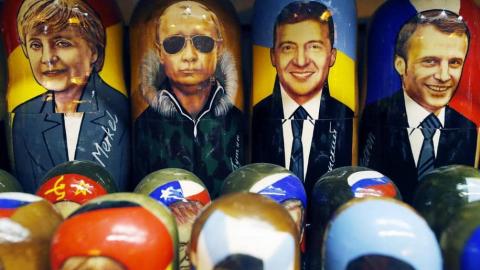 "You can produce a piece of fake news in five minutes, but it takes a few hours or a few days to debunk it." Exposing disinformation and misinformation is a difficult task that requires "meticulous, investigative, time-consuming work," and requires it be presented "without boring [audiences] and without spreading propaganda yourself," Voicu elaborates.

Veridica, a version of the Italian word veridico meaning "truthful", is published in both Romanian and English, and seeks to counter foreign, chiefly Russian-generated disinformation, misinformation and propaganda. It also provides news and analysis focused on Romania, Moldova and the rest of Central and Eastern Europe.

From its inception, Veridica has had no shortage of Russian material to debunk, as the Kremlin's information war has steadily increased since Vladimir Putin first became president in 1999.

Both propaganda and disinformation date back thousands of years, yet the contemporary Russian variety is the greatest menace to the EU, being "systematic, well resourced, and perpetrated on a larger scale than similar campaigns by any other country, including China, Iran, and North Korea," according to the European Commission.

As Josep Borrell, vice-president of the European Union, told the European Parliament, it seeks to "undermine trust, to denigrate our democratic credentials or to weaken our international alliances."