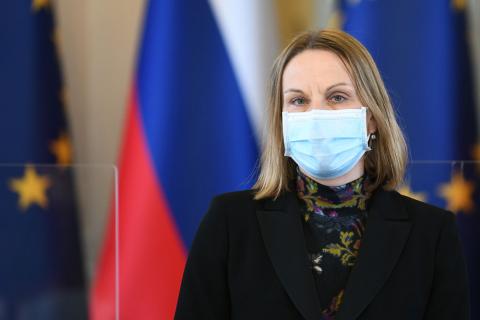 Ljubljana – The National Assembly elected in a secret ballot on Tuesday Tina Žumer a vice-governor of the Slovenian central bank and endorsed Anka Čadež’s appointment as director of the Securities Market Agency.

Žumer, who has been serving as a chief economist with the European Central Bank after a spell at the analytical department of Banka Slovenije, was backed by 60 votes to 21.

She was nominated by President Borut Pahor following consultations with parliamentary factions, his previous pick for the post, Arjana Brezigar Masten, having failed to win an outright majority in parliament in October 2020.

At a public presentation in early March, Žumer argued for boosting the Slovenian central bank’s position and recognisability in the euro system and for continuous adaptation to the changing macroeconomic and institutional environment.

She underscored the need for work at the central bank to rely on open exchange of views, transparency and positions backed by expertise.

The MPs also backed by 52 votes to 25 the government’s proposal to appoint jurist Anka Čadež as director of the Securities Market Agency for a six-year term.

Čadež has served as the agency’s deputy director and acting director before. She succeeds Miloš Čas, whose term ended today.