Fine a way to cross border despite travel ban 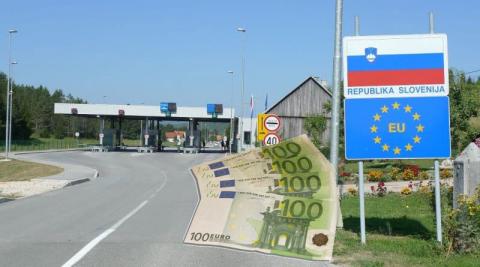 Ljubljana – Slovenia’s latest restrictions on the crossing of borders ban all travel to high-risk countries save for a few exemptions. The interior minister says people not among the exemptions may leave the country – provided they pay a fine.

It is up to the attending police officer to determine whether a person who wishes to leave the country qualifies as one of the exemptions.

When they do not qualify but still wish to leave the country, officers simply give them a fine, which starts at 400 euros, and let them leave, Interior Minister Aleš Hojs told the press on Tuesday.

“You cannot physically lock people into the country,” he said.

“I personally believe the restriction of movement, in so far as not being allowed to leave the country is concerned, is perfectly appropriate,” he said.

The decree has already been challenged at the Constitutional Court by a group of owners of property in Croatia, who believe their property rights are being curtailed.

Hojs said that if the Constitutional Court decided the decree is not constitutional, the government would comply with the decision.

Under the decree, which entered into effect yesterday, travel to red-listed countries is banned for Slovenian residents.

There are two general exemptions – those who have had Covid and those who have been vaccinated – and a number of narrower exemptions, for example for hauliers, cross-border commuters and students, and for emergency services.

The post Fine a way to cross border despite travel ban appeared first on Slovenia Times.