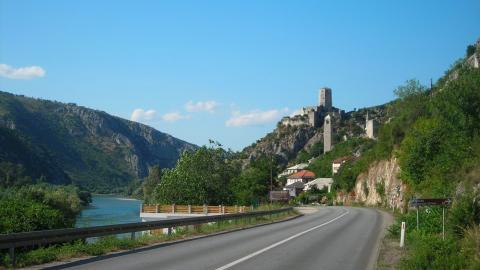 Last month, the EBRD approved its latest contribution to the project - a loan of 60 million euros - even while both the EIB and EBRD's grievance mechanisms are still examining complaints submitted by local residents who stand to be affected by the project. These complaints contain serious allegations that JP Autoceste sidelined local communities in breach of both banks' standards.

The environmental NGO Bankwatch has been looking into the project's documentation and met with around 40 local residents.

Our findings are alarming. People whose homes or plots lie on the planned route, or right next to it, told us that JP Autoceste employees trespassed on their properties to mark the project's route; those whose land was deemed necessary for the route have come under pressure to sell; others who could get stuck living right next to the new European highway have been sidelined.

War returnees - a group with special protection under the 1995 Dayton agreement, which ended the 1992-05 war in Bosnia - fear they could be uprooted again. In a video they speak of how they rebuilt their homes, replanted their orchards and vineyards and reclaimed their heritage. They question why the international community invested so much effort and money to support their return over the last 25 years only to see European investments threatening to rip their communities apart.

The EBRD and the EIB have specific safeguards for protecting vulnerable groups, such as ethnic and religious minorities. According to a Land Acquisition and Livelihood Restoration Plan, part of the EBRD project documentation, Serbs own 56 per cent of the properties in the impacted villages in the valley, although they are an ethnic minority in the Federation entity. This indicates that this...