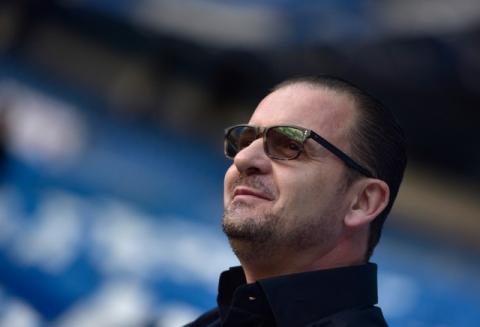 "I have to say that the qualifications started in the best possible way. A phenomenal start and there is a great chance that Serbia will continue in this rhythm and eventually secure a place in the World Cup, which is the ultimate goal," said Mijatovic.
What has changed?
"First of all, every time you change a coach it affects the players for several reasons. First, every player invited wants to impress the coach to show and prove that he is worth and can contribute. Second thing, the Serbian national team won the placement at the last World Cup. Then there was Muslin, who achieved that goal. Maybe the game was not what we wanted then ... I am absolutely sure that Pixi will do a great thing. I understand that we are euphoric, however, the qualifications have just begun. In today's football outsiders are no more. The goal is to finish first in the group or go through the playoff to the World Cup." "It is in our mentality to project that we are at the World Cup after the first few games. And not only at the World Cup, but in the semis. That should be kept under control. I think that Stojkovic is aware of that. He does have a good team, good guys, ready to give their best. He should make a detailed analysis and get some things fixed. The first half against Ireland, Portugal ... The most important thing is that the result was achieved. I am very optimistic and I am happy with what happened in the previous three fixtures. "
What do you think of Pixi and him taking over the national team?
"Personally, we are very good, and he is very ambitious. He needs such things. He arrived during a very...

EU Tourism Summit to Decide on Sector’s Transformation and Sustainability
SMEs should also receive grants through PNRR, not only financial instruments

NATO Will Hold Military Drills on Alliances’ Southern Wing, Troops and Vehicles Will Pass through Bulgaria
PCR tests from Serbia, Turkey recognised as of Wednesday