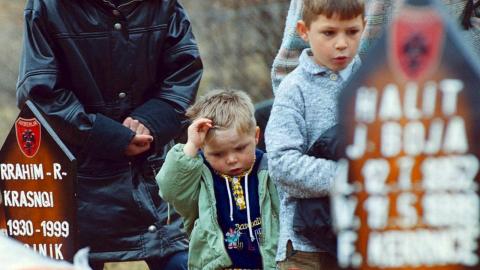 Kosovo's Special Prosecution said in a statement on Wednesday that a suspect identified only by the initials M.A. has been detained "for the criminal offence 'war crimes against the civilian population'".

The prosecution said that the person who was arrested, an ethnic Albanian who holds Serbian citizenship, will soon appear before a pre-trial judge.

Kosovo police announced earlier that a person was arrested on Tuesday for allegedly committing war crimes during a massacre in the village of Izbica in the north-western Kosovo municipality of Skenderaj/Srbica.

The surviving villagers hastily buried the bodies of their relatives and neighbours and fled Kosovo for Albania to escape the Serbian offensive, but when they returned after the war ended later that year, the bodies had disappeared.

They only found out several years later that the bodies had been reburied, mainly at a police training centre in Petrovo Selo in Serbia, as part of an attempted cover-up.