Sharp increase in destruction of virgin forest in 2020 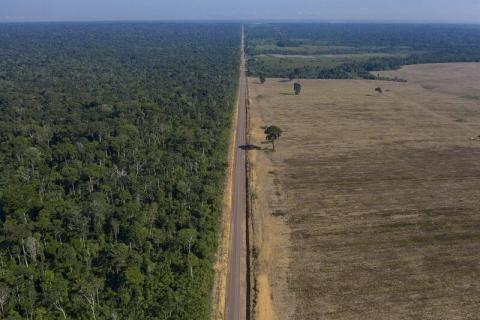 An area of pristine rainforest the size of the Netherlands was burned or hacked down last year, as the destruction of the planet's tropical forests accelerated despite a global economic slowdown, according to research on March 31.

The worst losses were in Brazil, three times higher than the next highest country, the Democratic Republic of Congo, according to a report from Global Forest Watch based on satellite data.

Across the tropics, the study registered the destruction in 2020 of 4.2 million hectares (10.4 million acres) of primary forest - 12 percent higher than the year before.

In total, the tropics lost 12.2 million hectares of tree cover - including forests and plantations - last year, driven largely by agriculture.

But researchers said extreme heat and drought also stoked huge fires that consumed swathes of forest across Australia, Siberia and deep into the Amazon.

These losses are a "climate emergency. They're a biodiversity crisis, a humanitarian disaster, and a loss of economic opportunity", said Frances Seymour of the World Resources Institute, which is behind the report.

The study found some evidence that Covid-19 restrictions may have had an effect around the world - with an increase in illegal harvesting because forests were left less protected, or the return of large numbers of people to rural areas.

But researchers said there was little sign that the pandemic had changed the trajectory of forest destruction and warned that the worst could be still to come if countries slash protections in an attempt to ramp up economic growth.
But Seymour said the most "ominous signal" from the 2020 data is...