US Concerned About Continuing Rights Violations in South-East Europe 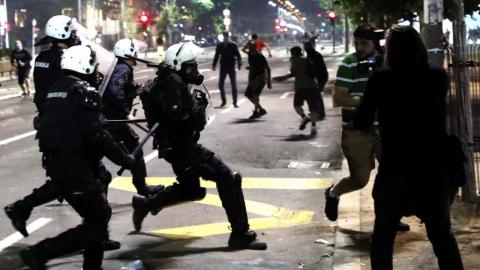 The US State Department's 2020 Country Reports on Human Rights Practices, which was published on Tuesday, warned that countries in the Balkans and south-east Europe have continuing problems with media freedom, censorship and violence against journalists, while officials are not being sanctioned for rights violations.

"Intimidation, harassment, and threats, including a number of death threats, against journalists and media outlets continued during the year without a systematic institutional response," the country report on Bosnia and Herzegovina said.

"Numerous restrictive measures introduced to deal with the COVID-19 pandemic were in some instances misused to limit access to information," it added.

The country report on Serbia noted that in July 2020, 11 NGOs sent an urgent appeal to the UN special rapporteur on torture, asking him to investigate police brutality during anti-government protests throughout the country.

"NGOs reported excessive, unjustified, and illegal force against protesters, including journalists, by police and other unidentified persons allegedly from informal criminal groups closely linked to the Ministry of Interior," the report said.

In both Serbia and Bosnia and Herzegovina there are still problems with prosecuting and punishing war crimes committed in the 1990s, said the State Department.

Police violence was also noted in the country report on Albania, after clashes broke out during a protest about the demolition of National Theatre in Tirana in May 2020.

"The [Albanian] ombudsman received several complaints of excessive use of force and injuries from tear gas during those protests and referred one case for prosecution," said the report.