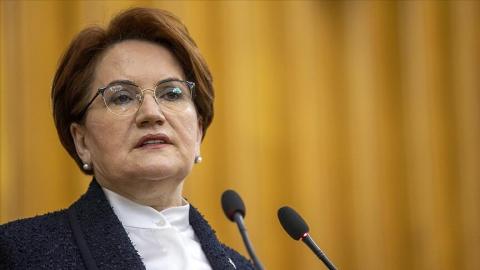 A Turkish opposition leader on March 31 criticized the president over frequent changes in the Central Bank leadership.

Addressing President Recep Tayyip Erdoğan, Good (İYİ) Party leader Meral Akşener said: "The state isn't governed by playing with institutions and corporate values. The economy isn't managed by changing the Central Bank head
every six months. In a country where the Central Bank head is dismissed via an overnight decree, there can be no talk of stability."

Speaking to her party's parliamentary group, Akşener said the İYİ Party places great importance on the Central Bank's independence, adding: "We stress this at every opportunity."

Akşener added that her party has submitted a bill on the independence of the Central Bank administration.

"Under our draft, the heads of the Central Bank can be appointed for five-year terms, and cannot be dismissed before their term concludes," she said.

Ağbal himself was appointed governor last November when his predecessor Murat Uysal was dismissed.