Serbia’s Vaccine Diplomacy isn’t as Benign as it Looks 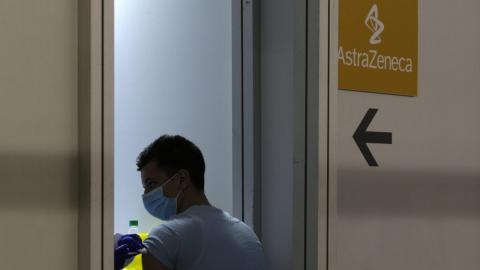 To begin with, Serbia's seemingly ample supply of vaccines has come mainly from two sources: China and Russia. That is significant because both Beijing and Moscow have been keen to make Serbia a poster child for the use and success of their own respective cocktails.

While Belgrade's decision to largely forgo the WHO-EU-supported COVAX vaccine acquisition mechanism has for now proven wise, it is doubtful whether Serbia - which according to the World Bank has a per capita GDP scarcely larger than Botswana - would have been as successful without Beijing's and Moscow's overt patronage.

Although Prime Minister Ana Brnabic declared in February that for Serbia, "vaccination is not a geopolitical matter; it is a healthcare issue", President Aleksandar Vucic's comments from March 2020 make clear this not entirely true.

When China flew in a handful of medical professionals and a rash of PPE supplies to help curtail the spread of the virus in Serbia, Vucic was effervescent in his praise of Beijing and scathing in his attacks on the European Union. His performance was gleefully replayed on Chinese state media, and Serbia has remained the primary focus of China's own "vaccine diplomacy" in Europe since.

And, of course, PPE and vaccines are only one portion of China's increasingly significant footprint in Serbia. Belgrade is already China's primary European outpost. As such, the success of the Serbian vaccine rollout has much to do with China's global ambitions as it does with the policies of the Vucic government.

Likewise, given that Russia's links to the Vucic government are well established, it is...