Week in Review: Geopolitical Posturing in the Balkans 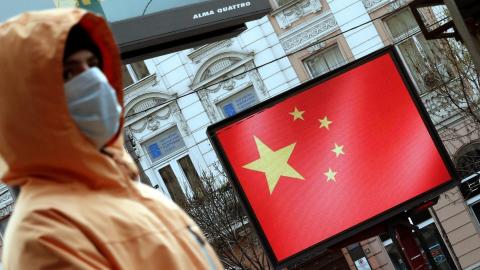 Time and again, Romania has sought to position itself as one of the most pro-European and pro-Atlanticist countries in south-east Europe. In the past, this was visible through the tough line that official Bucharest took towards Russia.

Now, this attitude is being extended to China. During the next month, Romania's centre-right government seems set to pass a decree which will, to all extents and purposes ban Chinese companies from taking part in infrastructure projects in the country. The move comes on the heels of a similar decree to ban Chinese companies from the roll out of 5G networks. Our analysis takes a look at how Romania is setting out its geopolitical stall.

In neighbouring Serbia, the situation regarding China, Russia and geopolitical positioning could not be more different. Unlike Romania's decision to put more or less all its geopolitical eggs in the Western basket, Serbian governments have for long sought to hedge their geopolitical bets.

Never has this been more true than today, with Serbia's leadership actively cosying up to China and currying Beijing's favour. One fascinating opinion piece published this week on Balkan Insight looks at how media controlled by the ruling elite in Serbia are used to promote positive narratives regarding Communist China.

Two US warships to sail in Black Sea until early May: Turkish ministry

Russian force on Ukraine border larger than any time since 2014, US says