Who is Jovana Stojkovic, an anti-vaxxer and an anti-masker protester? 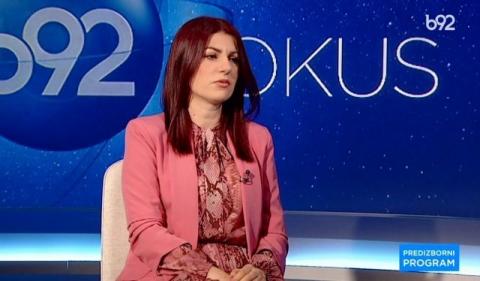 Earlier today, the police came to the residence of the Serbian politician, psychotherapist, and chairperson of the Living for Serbia movement, Ms. Jovana Stojkovic, with a search warrant.

According to unofficial information, she was detained.
However, this is not the first time that Ms. Stojkovic has a "problem" because of her point of view. She was previously accused of, as determined by the epidemiologists, smallpox break out in October 2017, which took 15 lives during that and the following year.
In 2018, a procedure was initiated against her before the Court of the Regional Medical Chamber of Belgrade for revoking the work license, due to the spread of anti-vaccination ideas and discouraging parents from vaccinating their children. However, the same procedure was soon discontinued. As it was said at the time - "Her media appearances are not a sufficient reason to conduct a procedure for revoking the medical license."
Her official Facebook page states that "the page is used exclusively for educational and informative purposes", but also says that all those in search of health advice, or those having any dilemma should still contact their medical practitioner.
As already said in 2018 - the most dangerous aspect of this anti-vaxxer is the fact that she is a medical doctor, therefore people tend to take her views more seriously, is very much still relevant today, during the Coronavirus pandemic in Serbia. In addition to being a doctor, she is the chairperson of the Living for Serbia movement, which participated in the parliamentary elections together with the Leviathan movement, and every thought she uttered can affect a large number of people, which is especially dangerous when it comes to the nation's health.
Relevant...