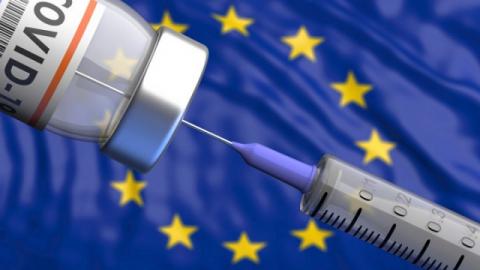 Bulgaria, Croatia, Estonia, Latvia and Slovakia will receive a total of 2,854,654 additional doses of vaccines as a sign of solidarity. This decision was reached yesterday at a meeting of EU ambassadors in Brussels, the Portuguese Presidency of the EU Council announced, as quoted by BTA.

The quoted amount will be shared between the five countries proportionally according to the population.

The 19 other EU countries will receive 6.66 million doses under the same rule. The additional doses are provided by Pfizer and will be delivered to the EU in the second quarter of the year.

Talks on the extra quantities provision began after Austrian Chancellor Sebastian Kurz confirmed suspicions that vaccination in EU countries was not going at the same pace precisely because of disproportionate vaccines distribution and additionally agreed quantities. An axis of cooperation between countries was also formed, but no agreement was reached at the EU Council meeting.

According to the Bulgarian Drug Agency, the following amounts are expected in April: about 700,000 doses in total for the month. About 350,000 of the mRNA and just as many vector vaccines, including that of Johnson & Johnson. For now, the information is that the first deliveries will be about April 16 - 14,400 doses and April 26 - 26,000 doses.

On Facebook live stream Prime Minister Borissov commented early in the morning that the decision was extremely good news because it shows solidarity between EU Member States.

He also announced the exact amount our country will receive: 1,259,728 additional doses of vaccines.

Prime Minister Borissov expressed regret that we have to hold elections at...

Bulgaria’s Premier: We Will Overcome Pandemic First in EU