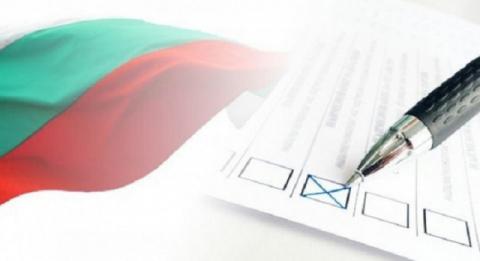 On April 4, the polling stations in Auckland and Christchurch in New Zealand opened first to start off the vote for the 45th National Assembly.

In Italy, there are 22 polling stations. More than 2,500 Bulgarians have signed up to vote. Polling stations are opened all along the Apennines, in the major cities of 13 districts. The exception is the village of Acconia di Curinga in Calabria.

Bulgarian community in Germany, which constitutes about 300,000 citizens, vote in 69 polling stations.

Across the UK, 35 polling stations will open. There is high interest in the elections on the part of the Bulgarians residing on the Island. Nearly 90 polls were initially requested, but 35 were allowed because the country is no longer in the EU.

Potential voters in Greece, where 20 polls are set up, are the permanently residing Bulgarians, as well as those working in the country. No high voter turnout is expected because those employed in tourism have not yet started work.

In Turkey, preliminary declarations were filled out by 21,000 people. Election day started with chaos and scandal because of the declarations to be filled out by every Bulgarian citizen who decided to vote abroad. In front of the polling stations, there were people waiting to cast their ballots even before the election day began.

The queue of voters was growing, and tensions were rising.

Eleven polling stations in Belgium and 2 in Luxembourg are open to our compatriots.

Bulgarian citizens in Russia can vote at our embassy in Moscow and at the Bulgarian consulates in St. Petersburg and Ekaterinburg.

The Foreign Ministry said they had managed to secure the opening of a record number of polling stations abroad - 465.