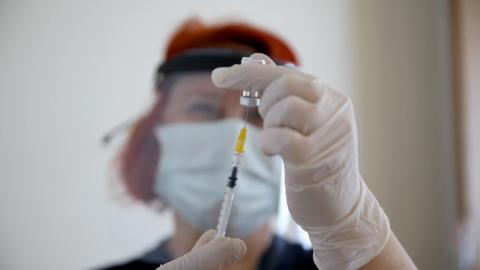 Turkey has so far administered more than 16.6 million coronavirus vaccine jabs across the country, the nation's health minister announced on April 3.

"Among the countries which have yet to produce their own vaccine, Turkey stands as one of the states that conducts the most jabs," Fahrettin Koca said on Twitter.

"We rank sixth among countries with the highest number of vaccines," he said. "The countries that give more vaccines than us are the U.S., China, India, the U.K., and Brazil."

According to the Health Ministry data, since Turkey began a mass COVID-vaccination campaign on Jan. 14, more than 9.5 million people to date have received their first doses, while second doses have been given to over 7.13 million.

In the face of rising case and fatality numbers, Turkey announced the return of weekend curfews in high-risk areas, as well as other restrictions, in addition to special measures for the upcoming Muslim holy month of Ramadan.