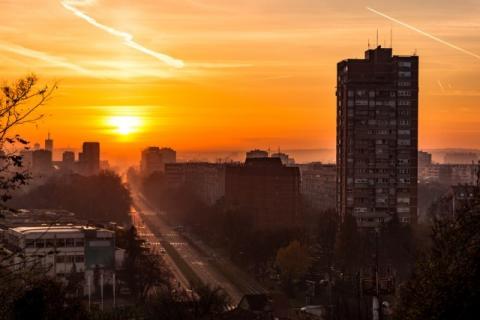 All those wondering these days if they can afford the luxury of buying an apartment in Belgrade, which according to one research is the fourth most expensive European city in terms of real estate prices in relation to the average income, have no reason to worry. As explained from real estate professionals, the methodology according to which the research was done was quite questionable.

To support the doubts, the most illustrative example is that Dubrovnik is not among the first 33 European cities out of 192 in total covered by the research.
And the most expensive piece of real estate in Croatia is in Dubrovnik and the average price of real estate is also the highest in that city, which means that it would have to be ahead of Split on that list, which came up in third place, Nenad Djordjevic, Vice president of the of real estate brokers within the Serbian Chamber of Commerce explains.
Belgrade at the top of the list of the most expensive apartments in Europe?
According to Indeks.hr, and its source Numbeo, presenting itself as the world's largest database on the cost of living, and on the quality of life, recently published the results of the survey according to which Moscow, Paris, Split, Belgrade, Vladivostok, and Gdansk are the top six cities with the most expensive real estate.
Then came Milan and Rome, Krakow and Zadar, for example, which is more expensive than St. Petersburg, positioned at the 14th place, followed by Tirana and Poznan which are more expensive than London positioned only at the 20th place in terms of real estate prices in relation to the level of income.
"That research, conducted according to the methodology, should be checked first, after that sources of those real estate prices should be checked too. You...