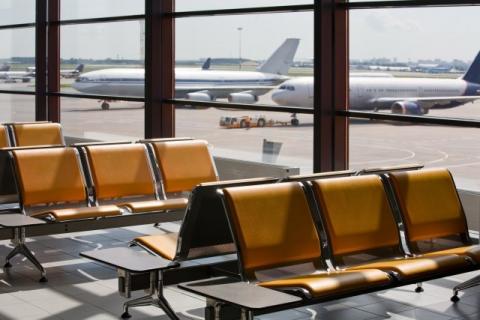 According to the official Spatial Plan planned for a period between 2021 and 2035, published by the Ministry of Construction, Traffic and Infrastructure, Serbia will get two new international airports - one near Dobanovci, and the second one near Novi Sad, Ekapija reported.

Due to the space limitation at the location of the existing airport in Belgrade, a new location is planned some 10 kilometers to the west of the "Nikola Tesla" airport, some 24 kilometers from Belgrade. Very close to the main E70 highway on Grmovac - Dobanovci - Dec route.
The future complex of the new airport with the 4F code covering an area of about 1,100 hectares, will have three runways, two passenger terminals, two freight terminals, a logistics and free customs zone, modern navigation equipment and a light marking system.

Only 15 kilometers from Novi Sad

As for Novi Sad, the spatial plan foresees airport location some 15 kilometers southeast of the largest city in the north of Serbia, near the A1 highway, on the Kovilj - Sajkas - Budisava route, covering a total of 300 hectares and a new 4E airport designation.
The immediate vicinity of the main international railway road represents a good perspective for the development of multi modal freight transport, it is planned the documentation, E-kapija reported.

The existing complex of the Nikola Tesla airport in Surcin will get new traffic and infrastructure facilities, together with the reconstruction and upgrade of the existing facilities.
The spatial plan states the spatial tracing and technical definition of connections with railways and main roads and the city transport system, the formation of cargo hubs, and the improvement of existing and construction of new...