Will Bulgaria Be Governed by Cabinet of Experts? 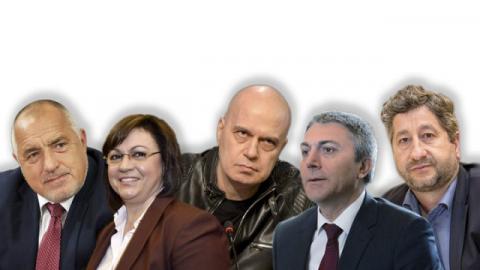 Borissov's GERB party, undermined by scandals and protests after nearly a decade in power, won just 26% of Sunday's vote.

With the country facing an uncertain political period ahead as Borissov attempts to form a government, he pitched himself as a leader representing stability.

"You won't make it on your own… let's unite," the 61-year-old said in a live broadcast on Facebook Sunday night.

"Do you have someone more experienced than me?"

He also suggested a cabinet of "experts… to carry the responsibility and to make the maximum efforts for Bulgaria until December in order to exit the pandemic," after an election held at the peak of the country's third coronavirus wave.

Analysts predicted an uphill battle for Borissov to cobble together a new coalition after an unexpectedly strong performance by new populist and anti-government protest parties.

"No clear majority is in view and GERB owes its win only on voters' concern for stability."

The new populist party There is Such a People of 54-year-old entertainer-turned-politician Slavi Trifonov came in a surprise second with 18.4% of the vote, according to Monday's official partial results.