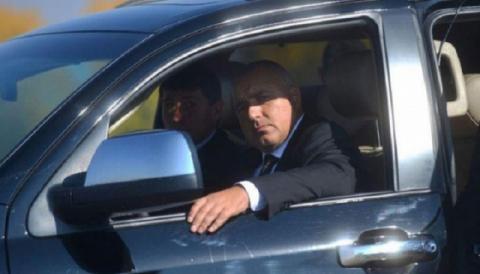 "My fellow politician Slavi Trifonov should not defect, but come to the fore and assume responsibility. He should not bug out, nor complain that they do not have people, but to form their own majority, Prime Minister Boyko Borisov urged. The Council of Ministers released a video of his speech at the beginning of today's first cabinet sitting after the parliamentary elections, in which Borisov took a second account of the election results after his livestream on election night from the court of his home in Bankya.

His appeal to Slavi Trifonov is also addressed to the other parties that were anti-GERB, anti-UDF and anti-Patriotic Front. According to Borisov's assessment, however, they have also shown disappointing results, although they are very vociferous. Borissov is definitely offended by the comments after the vote and by the analyses. He pointed out several times that GERB's results are wonderful and the party is the first political force. He also stressed that these are the fifth parliamentary elections won by GERB in the 14th elections since 1989.

Boyko Borissov again proposed to convene the Grand National Assembly, warning that this is the only sensible reason for holding new elections. Early parliamentary elections for an ordinary national assembly would be a waste of money (after the BGN 150 - 160 million given now) and would plunge the country into chaos.

As the first political force and elections winner GERB will be handed the mandate and proposed to form a government. Borisov's expectations, however, are that it will be rejected: We will propose, they will not support it."