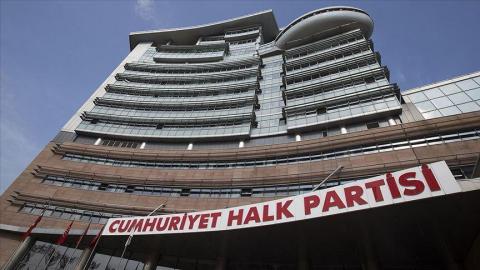 "Let me say this very clearly: The CHP itself is at the center of this [statement by] retired admirals," Erdoğan said, while addressing his ruling Justice and Development Party's (AKP) lawmakers during a parliamentary group meeting.

Erdoğan accused the CHP of "trying to sow chaos by breaking the hope of our nation, especially our youth."

"We see this malignant mentality, which sees its power in calamity for the country and nation, as being as dangerous as terrorists and coup plotters," he said. "The nation will never allow you to defend coup enthusiasts so vigorously, neither will we."

He also slammed the CHP for trying to "justify" the declaration that "smells of coup d'état" and objected to the main opposition's argument that the government aims to divert the attention from the economy.

"These admirals receive the instructions from their commander in chief, [CHP leader Kemal] Kılıçdaroğlu," Erdoğan stated noting that they see this mentality as dangerous as "terrorists and coup plotters."

"They justify both terrorists and putschists, and break the hope of our nation, especially our youth, through the economy, and try to direct our country to a climate of chaos instead of trust and stability," he stated.

The CHP leader defined the government's reaction against the open letter of retired admirals, which supported the Montreux Convention, as a "fake agenda" aiming to divert people's attention.

"It is the putschist himself who underestimates the threats of a group of retired soldiers to the national will and the elected...