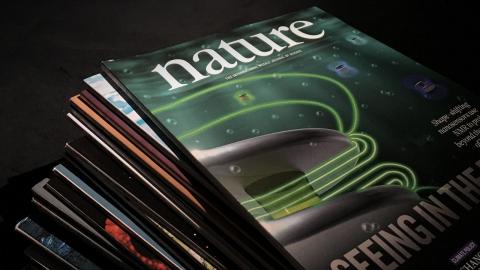 Ljubljana – The Jožef Stefan Institute (IJS) has announced that it had articles by its researchers published in Nature and Science, two of the most prestigious international scientific journals, in a span of only two days, in what is considered a remarkable achievement for Slovenia.

In the last ten years, the country’s prime scientific institute has seen its researchers publish in Nature and Science eleven times, or one a year on average.

This means that the publication of two articles in two days is an exceptional achievement, the IJS said in a press release on Tuesday after holding an online press conference.

In the Nature journal, Uroš Cvelbar and his colleagues from South Korea report about a surprising discovery that it is possible to stabilise instabilities in fluids by means of ionised gas jet or the use of plasma.

According to the IJS, these findings could help improve many industrial processes that include gas jets, such as production of steel, reactive propulsion system, reactive pumps etc.

Meanwhile, Dušan Turk of the institute’s Biochemistry and Molecular Biology and Structural Biology Department and his international colleagues present in the Science journal a study that inspires hope in the fight against the SARS-CoV-2 virus.

The article entitled “X-ray screening identifies active site and allosteric inhibitors of SARS-CoV-2 main protease” focuses on development of drugs or active substances that could ease the symptoms or cure Covid-19 patients.

The IJS said that both articles had attracted a lot of international attention, with the one in Nature having been read by more than 1,300 researchers and being mentioned in blogs and on social media platforms.

The article in Science, available at sta.si/qFHzJu., is gaining even more traction as its subject is very topical and because it inspires the hope that a large step has been taken towards finding a cure for Covid-19, the research centre added.

In search of a drug against Covid-19, the consortium of 30 institutions led by Germany’s DESY and the University of Hamburg performed a high-throughput X-ray crystallographic screen of two repurposing drug libraries against the SARS-CoV-2 main protease (Mpro), which is essential for viral replication.

The scientists identified two allosteric binding sites representing attractive targets for drug development against SARS-CoV-2, with Turk saying today he expected the eleven substances the researchers highlighted to be embraced by medical or pharmaceutical experts to try to validate them in practice.

“If certain substances have already been validated and are in general use, they have been validated under certain conditions for a certain disease, while now it should be checked under what conditions they are also suitable for another disease and how effective they are.”

Turkey expects up to $25 billion in tourism revenues this year