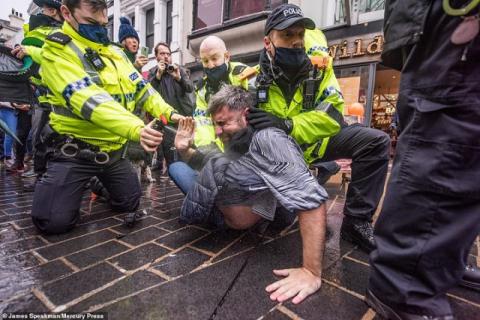 Demonstrators calling for an end of Covid-19 lockdowns and the reopening of shops and restaurants clashed with police outside the Lower House of parliament in Rome on Tuesday, ANSA reported.

Among the protesters were members of Italexit, a movement started by former 5-Star Movement (M5S) Senator and journalist Gianluigi Paragone, who has been among the most vocal proponents of reopening Italy.

Another protester was dressed like the Q-Anon member who was among Donald Trump supporters who raised US Congress on 6 January.

Many in the crowd of a few hundred protesters outside the Chamber of Deputies lowered their masks to shout "Work!" and "Freedom!", AP reported. Some hurled smoke flares or other objects. One officer was injured in the scuffling. RAI state TV said seven protesters were detained by police.