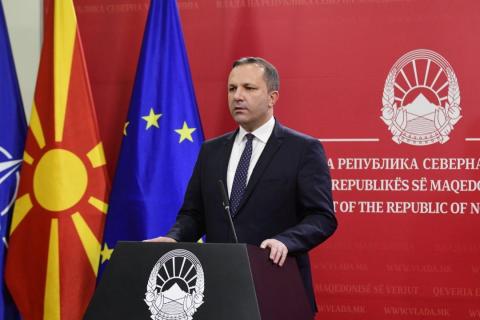 Police in North Macedonia have arrested nine police officers, and are still searching for one other person, as part of Tuesday's crackdown on a suspected criminal gang supplying false passports and identity documents, Interior Minister Oliver Spasovski said.

They will be charged with issuing 215 fake passports to foreigners, including members of international crime groups and drug cartels. One additional passport was issued to a North Macedonian national.

"The true identity of the persons who obtained passports with stolen identities was determined thanks to the international police cooperation through the US's regional security office and the general secretariat of Interpol," Spasov said, adding that the police had been working on busting the group since 2019.

"Some of these persons are members of international organised crime groups, narco-cartels, people engaged in serious crimes, meaning people with high-risk profiles and persons wanted under international warrants," the minister added.

The story has assumed political connotations since the police launched the crackdown just one day after the main opposition VMRO DPMNE party on Monday told media said the criminal ring existed - and accused Minister Spasovski and Prime Minister Zoran Zaev of masterminding it.

During Tuesday's bust, the opposition insisted the police operation was a cover-up, and that only the "small fish" would be arrested to cover the tracks of top officials' involvement.

Spasovski rebuffed these claims, and accused the opposition of trying to expose the investigation and so foiling attempts to bust the passport forgers. He added that the prosecution should investigate this.