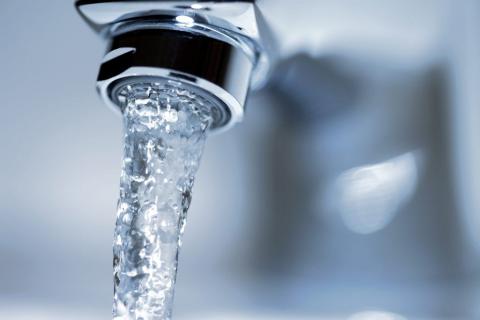 Ljubljana – The upper chamber of parliament has failed to veto the controversial amendments to the water law that were recently passed in the National Assembly and that are being challenged with a referendum motion by civil initiatives.

The proposal to veto the changes came from an interest group representing non-economic services which agrees with experts and civil society that they are not based on appropriate arguments or efforts to pursue comprehensive water management goals.

The group is bothered the most with the provision that pertains to construction of simple facilities and facilities in public use on water, coastal and riparian areas.

National councillor Matjaž Gams said during Tuesday’s debate that the changes were opposed by experts, as that they were too vague and “open the door too wide to foreign capital to build around the most beautiful gems in Slovenia.”

He also noted that NGOs had made the first step towards calling a legislative referendum on the changes. “If you ask me, I think that the referendum will succeed … as all people are telling me that water is of key importance.”

Environment Minister Andrej Vizjak meanwhile said that the main purpose of the changes was to increase funds for regular watercourse maintenance and management and flood control measures, including from the water fund.

“We would have EUR 22 million annually for watercourse maintenance, which is two to three times than now,” the minister said, adding that the proposal for the veto was based on arguments that were not true.

Vizjak argued that it is not true that the changes expand the possibility of development of water, coastal and riparian areas.

“This proposal narrows the possibility of construction in coastal areas,” as it will be possible to build only facilities in public use under certain conditions, while now even private construction is possible, he added.

The group representing local interests also opposed the veto, saying that the changes would enable municipalities to have a greater say about what was happening around protected watercourses, while also receiving more funds for their management.

Welcoming the non-veto, the Chamber of Commerce and Industry (GZS) said it agreed with the regulation for construction in coastal areas where numerous conditions, including protection of groundwater, would need to be met.

The GZS said in a press release it advocated “preservation of coastal and riparian areas in a regulated general public use” and supported “decisions on possible development of that land being argued with expert decisions.”

The vote on the veto motion that was supported by 14 and rejected by 19 national councillors coincides with the filing of almost 43,000 signatures in support of a referendum on the changes by two civil initiatives.

This is more than enough for the proposals to move to the next stage of proceedings, while a representative of one of the initiatives also announced today that they were prepared to challenge the legislation at the Constitutional Court.

For this reason, some councillors argued that it is better to examine the entire act once more, coordinate it and confirm it once again, instead of it being subjected to a referendum in which the initiators would probably be successful.

Vizjak said that in the case of a referendum he was “looking forward to explaining” and that he was ready to join any debate with expert arguments. “I trust in the common sense of Slovenians that they will make the right decision,” he added.