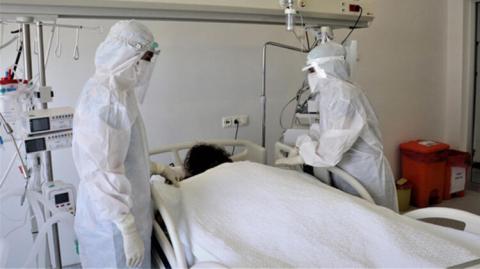 Turkey has been recording record numbers of COVID-19 cases over the past week even though the government has tightened some of the anti-virus measures.

In the previous surge in infections in November and December 2020, the daily cases were around and above 30,000 which prompted the officials to introduce strict measures, including weekend lockdowns. However, according to data from the Health Ministry, infections have well exceeded 40,000 since the start of April, even hitting a record high of 49,584 on April 6.

After the infections started to decline, the country eased measures in March.

However, in the face of the recent spike in the coronavirus cases, the government last week announced a tightening of restrictions, including the return of full weekend lockdowns in very-high-risk provinces. Curfews have also been tightened in other provinces.

The nationwide weekend curfews will be effective during the Islamic holy month of Ramadan, which starts on April 13.

Moreover, restaurants and cafes will only be allowed to provide take out services in Ramadan.

Many experts are linking the resurgence of COVID-19 cases to the variants of the coronavirus, blaming particularly the U.K. strain, which Health Minister Fahrettin Koca recently said was responsible for up to 75 percent of all cases.

Some experts also argue that people may have become more complacent after the vaccinations against the deadly virus began, ignoring basic rules such as social distancing or avoiding crowded places.