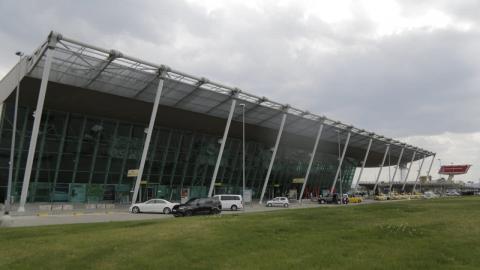 The air traffic controllers were not allowed to enter the airport. The prosecution has opened an investigation into allegations of "abuse of duty". Police issued restraining orders for three of them.

The air tragic controllers protest that their pay has been halved because of the COVID-19 pandemic. The protesters, all employees of AlbControl, the company running the airport, want their salaries to be restored to the same level as before the pandemic.

They also demand the return to work of two fired workers, a member of their union to be placed on the company board and a probe into the financial transparency of the company for the year 2020.

Tirana International Airport is the only functional civilian airport in Albania and AlbControl has a monopoly on its operations.

The government ha said it deems the strike "political" and a "violation of national security", accusing the opposition and President Ilir Meta of seeking "the closure of the airport to prevent the entry of [COVID] vaccines" into Albania. The Minister of Infrastructure and Energy, Belinda Balluku, on Thursday said flights will resume on Friday.

After failing to reach an agreement with the workers on Wednesday,...