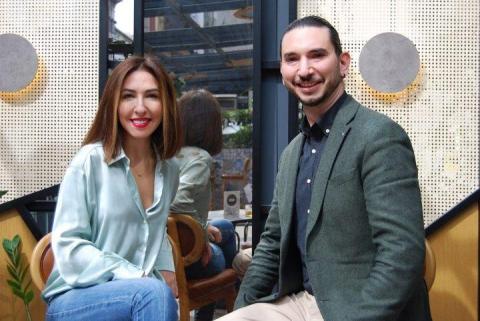 Halim Ercan and Eda Kendirli, founding partners of Sahneport, gave information about the platform at an online press conference on April 6.

Ercan noted that they brought together works from all art branches on a single platform where the desired activity could be reached without leaving the website.

"As a friend of art and artists, we set out to create a brand-new platform by bringing the artworks, which could not reach the art lovers, especially during the pandemic period, to the digital world. Our system works with a digital ticketing model," Ercan said.

Stating that all of the multidisciplinary arts are gathered under one roof at Sahneport, Ercan said: "We make Turkey's art accessible from the east to the west. We bring events in all fields, from theater to cinema, concerts to exhibitions and to those who do not have the opportunity to see or watch. Thus, we believe that we move our culture and art activities from local to universal."

Stating that the number of contents for children will be increased in Sahneport, Ercan said: "We believe that the message to be given to children is very important. For this, we work together and get the support of the pedagogues, and we filter the contents through a special filter."

Giving information about the goals of the art center, Kendirli said that their primary goal was to present performing arts on a global scale.

Noting that they will present works not only from Turkey but also from abroad, Kendirli said: "We first agreed with two Dutch theater institutions. We will increase their numbers as well. We...