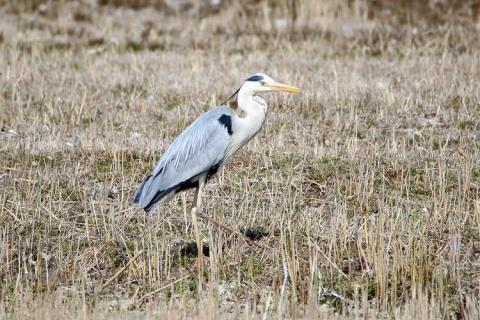 The eastern Turkish province of Iğdır that borders Iran, Armenia and Nakhichevan has become a haven for migratory birds thanks to geographical conditions.

The wetlands in Iğdır became colorful with birds as they began to flock to the region from the southern hemisphere following seasonal change.

Emrah Çelik, the director of Bird Center at the University of Iğdır, told Anadolu Agency that the city is preferred as a migration stop by bird species because of geographical opportunities.

"Two of the four important bird migration routes pass through the skies of our country," said Çelik, noting that Turkey is located at an important point in terms of bird migration.

"These migrations occur more in the spring and autumn months," he said.

Pointing out birds move from the humid and suffocating heat in the southern hemisphere to the northern hemisphere in the spring, Çelik said: "Iğdır is a province located on secondary migration routes, summer immigrants have started to come here."

"This migration event continues very intensely in March, April and May. Summer migrants will continue to arrive until mid-June," he said.

Among birds coming to the region are Himantopus himantopus, Oenanthe oenanthe and Merops, according to Çelik.

"Birds do not migrate long distances, they migrate by resting, storing fat and accommodating at certain points," he said.

Some species breed and raise young birds in the region, then go toward the southern hemisphere, toward warmer regions, again toward winter or autumn, he added.