German MEP on Roma Inclusion, Antigypsism in Europe and More… 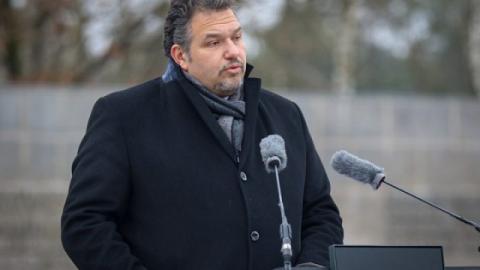 On the occasion of International Romani Day on 8 April, MEP Romeo Franz (Greens/EFA) spoke with EURACTIV about the continued challenges that Romani communities across Europe face and the importance of legally binding legislation.

Romeo Franz is a German MEP (Greens/EFA) and the first German Sinto in the European Parliament. He is the vice-chair for the Culture and Education Committee (CULT) and was the rapporteur for a report on the implementation of National Roma Integration Strategies.

Could you briefly explain what International Roma Day is?

International Roma Day is a worldwide day of action to draw attention to the situation of Romani people - especially discrimination and persecution. The day is also used to celebrate the culture of this very diverse minority.

What issues are particularly in focus this year?

It varies, but the focus will certainly again be on the issue of antigypsyism, which is again showing serious growth during the pandemic. In Eastern Europe, for example, people with a Romani background are made out as scapegoats by politicians and also by the media and the majority society, as the ones who could transmit COVID-19 to mainstream society.

They were practically imprisoned in their neighbourhoods by the police - with little drinking water and the inability to maintain hygiene standards. When they wanted to leave, for example, to get food, they were sometimes beaten up by the police in the most brutal way.

While antigypsyism was less of an issue in the racism discussion in Germany last year, it has recently come more to the fore. Do you think there is a growing awareness of antigypsyism in German society, as well as a willingness to fight it?...