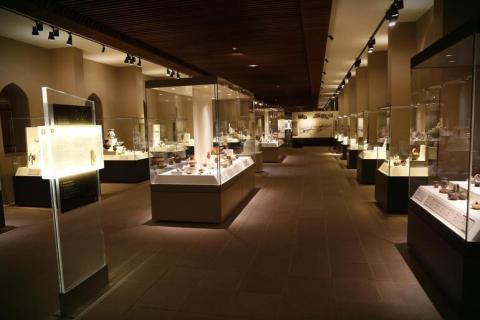 On a plate hanging on the entrance of a museum, located at the foot of the Ankara Castle in the Turkish capital Ankara, there is the seal of Hittite King IV Tuthalia (1250-1220 B.C). Along with it, "Anatolian Civilizations Museum 1921" is written.

But behind that plate is hidden an extraordinary history of civilization.

In 1921, thee Greek army was 70-80 kilometers from the Turkish Parliament, which was only formed a year before.

The enemy's strength on the one hand, and poverty on the other, Mustafa Kemal Atatürk, the head of the Turkish Parliament, ordered the establishment of a Cultural Directorate, which was established with four officials. They started collecting the capital's historical, cultural and religious heritage regardless of whether they were Muslim or non-Muslim.

After the formation of the Turkish Republic, Atatürk once again emphasized the importance he attaches to Turkish culture, saying, "Culture is the foundation of the Republic of Turkey," and considered museums as places where the assets of Turkish culture are preserved and exhibited.

In 1921, the first cultural director, Mübarek Galip Bey, started forming a museum by collecting artworks from the temple of Augustus and the Roman Bath.

After the foundation of the Republic of Turkey, historical artifacts began to come from various regions of Anatolia, and the establishment of the Hittite Museum was decided at the first stage.

The next cultural director, Hamit Zübeyr Koşay, proposed to then Education Minister Saffet Arıkan to restore the ruined Mahmut Paşa Bedesten and Kurşunlu Inn and to turn these places into a museum.

Then these two places were restored and the Museum of Anatolian Civilizations was established as one of the world...