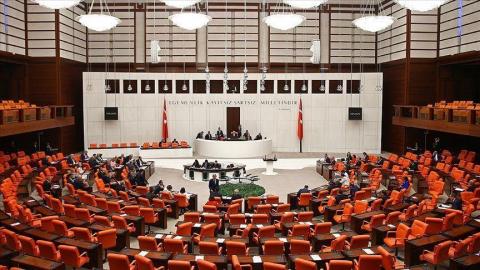 A bill proposed by the ruling Justice and Development Party (AKP) to mandate security investigations into first-time public appointees, which was initially rejected by opposition votes, passed in the parliament on late April 7.

The vote for articles of the bill proposal was rejected on March 31 when opposition parties - the Republican People's Party (CHP), Peoples' Democratic Party (HDP), and İYİ (Good) Party - voted against the articles of the proposal.

The bill dubbed "Security Investigation and Archive Research Law Proposal" was submitted by the AKP, aiming to bring security investigation and archive research for those who will be appointed to public office.

The bill included a provision that the spouse, family of the spouse, first-degree blood and affinity relatives of a person to be appointed to the public office will be included within the scope of the security investigation.

However, the AKP and the Nationalistic Movement Party (MHP) objected to the voting on the grounds that it did not comply with the parliament house regulation.

The Presidential Board of the parliament decided to hold another vote after the intervention of the Parliament Speaker Mustafa Şentop last week.