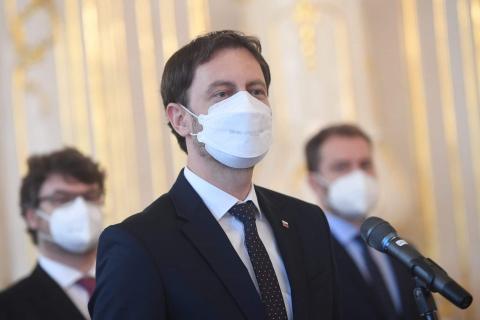 Still, describing Heger's cabinet as "new" is arguably a step too far. Heger from the OLaNO (Ordinary People and Independent Personalities) movement merely swapped seats with party leader Matovic, and five of the six ministers who resigned during the crisis have since returned to their posts, with the only new face at the health department.

"It's the same ruling coalition with the same four members. OLaNO has kept its dominant position and the root of the conflict within the coalition - namely Matovic's political style - remains," political scientist Juraj Marusiak from the Slovak Academy of Sciences tells BIRN.

Marusiak notes that Matovic's government was symbolised by "chaos" and the "dissolution of institutions" - conditions in which the former prime minister enjoyed ruling. The OLaNO leader was also known for his showmanship and aggressive political communication, which eventually triggered the crisis in the coalition that led to his removal. In early March, Matovic put on a spectacle at a local airport when he announced the delivery of 200,000 Sputnik V jabs via military planes, a stunt unbeknownst to his coalition partners.

This style of politics left Matovic trailing in the latest polls as the second least-trusted politician in the country with an approval rating of just 19 per cent, broadcaster TV Markiza informed. "Never before has a prime minister plummeted so fast in trust rankings like Matovic did," Viera Zuborova, political analyst and director of the Bratislava Policy Institute, tells BIRN.