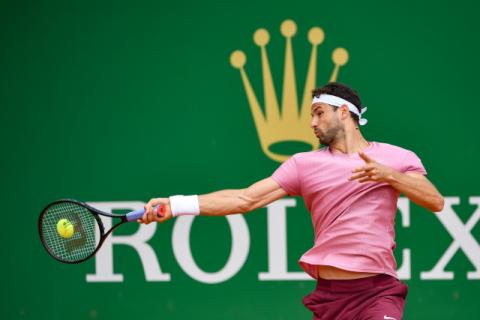 The only Bulgarian player in the tennis elite Grigor Dimitrov achieved a second victory at the Masters Series tournament in Monte Carlo, defeating with 7: 6 (3), 6:4 the tough Frenchman Jeremy Chardy in 1 hour and 43 minutes of play.

If Rafael Nadal deals with Federico Delbonis later today, we will again see a battle between Grigor and the at the Principality courts.

Grigor took the lead with an early break in the first set, but towards the end he became more frequent with inaccuracies in the game and had to rely on the tiebreak to pull in the result.

From the very beginning, Chardi relied on excessive risk and constant search for the lines, which gave him the opportunity to stay in the match, but in the end the bigger class of the Bulgarian turned out to be decisive.

Dimitrov already has 4 victories in 6 matches against the 53rd Frenchman in the ATP world rankings.

A possible clash with Nadal would be the third in a row for both in Monte Carlo, as in 2018 they met in the semifinals, and in 2019 "the Matador" prevailed over its opponent in the third round.