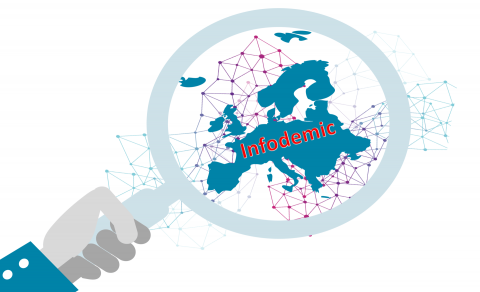 Ljubljana – The latest SI-PANDA survey has shown that the Covid-19 pandemic has created an infodemic, an epidemic of information, including false and misleading information, Ada Hočevar Grom from the National Institute of Public Health (NIJZ) told the press on Tuesday. Respondents seemed quite inclined to conspiracy theories.

The 9th SI-PANDA survey, conducted between 26 and 29 March, highlighted the problem of information overload and respondents’ tendency to believe in conspiracy theories, which has been stable throughout the survey.

“Tendency to conspiracy theories is relatively big. It is the biggest with people with signs of depression, people with secondary school or lower education, and with persons who have not been vaccinated yet,” said Hočevar Grom.

On the other hand, it is the lowest with persons who have so far received at least one shot of a Covid-19 vaccine.

Previous SI-PANDA surveys have shown that respondents mostly use traditional media as their source of information (one third) and no changes were recorded with the use of social media either.

Like in the previous survey, the most mental health problems were detected with the youngest group of respondents, those aged between 18 and 29.

So far, the share of people with mental issues or depression has been stable at about 33%, but in the latest survey it rose by 10 percentage points among young adults.

Most respondents still adhere to safety recommendations. More than 90% of respondents use face masks in public, and they mostly also avoid visiting older people when they have symptoms of an infection, keep a safety distance in public and use hand sanitizers.

A total of 12 rounds of the survey are planned to be carried among people aged 18 to 74.