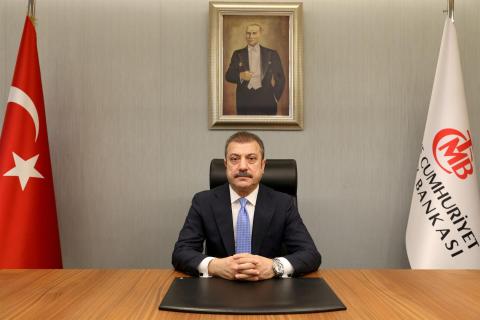 Regarding questions brought forward by opposition parties on the alleged $128 billion FX reserves sold by the Central Bank in a bid to curb the rising U.S. dollar/Turkish Lira exchange rate, Kavcıoğlu told Anadolu Agency: "As in many developing countries, rising capital outflows, decreasing direct investments, increasing demand to gold and FX earning activities, such as tourism and exports, coming to a halt under extraordinary conditions caused by the pandemic caused a high foreign exchange demand in Turkey's economy."

The Central Bank acted to meet foreign currency liquidity demand in a bid to provide macro-financial stability, he added.

"Thanks to steps taken in both monetary policy and fiscal policy, Turkey was one of the two G20 countries posting growth in 2020 despite the adverse impacts of the pandemic," he said.

Pointing to a protocol signed by the Central Bank and the Turkish Treasury to regulate FX sales through state banks in 2017, Kavcıoğlu underlined that all those transactions are made transparently under international standards.

The governor strongly denied claims that FX transactions were made with some banks and firms below-market prices, emphasizing that platforms used by the bank "technically" do not allow making...