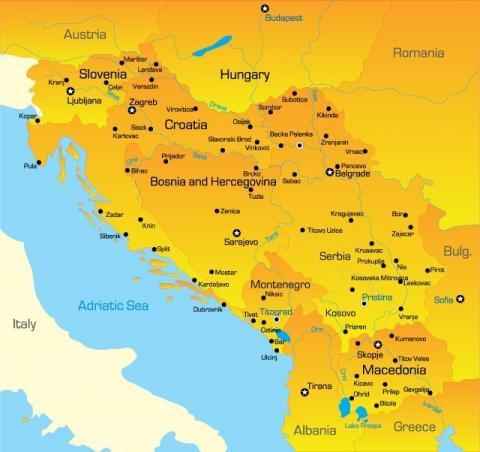 The document, which has raised many eyebrows in the region in recent days reads about the idea for the dismemberment of Bosnia and Herzegovina, the accession of the Republic of Srpska to Serbia and the unification of Kosovo with Albania, and speculates that Slovenian President Janez Jansa sent the "non-paper" to Brussels.

No one has officially confirmed that the President of the European Council, Charles Michel, received a document of such content from Slovenia. But an unofficial diplomatic document that predicts the disintegration of Bosnia and Herzegovina, the annexation of the Republic of Srpska to Serbia and the unification of Kosovo with Albania actually exists, Uncensored wrote, as the Klix.ba portal reports.
According to the information published by the Slovenian portal, the document entitled "Western Balkans - the way forward" was received by the office of Charles Michel in February.
The author is still unofficially unknown. According to Slovenian journalists, it was certainly not written in the Slovenian Ministry of Foreign Affairs.
Allegedly, part of the content could have been written in Budapest. However, in diplomatic circles in Brussels, it was referred to as a "Slovenian" document, because the office of Mr. Jansa allegedly participated in sending it to various addresses.
Since it is an unofficial diplomatic document intended for communicating various views and initiatives without an official character, it has neither a header nor a signature. It arrived to Michel outside official diplomatic mail, so its existence can be publicly denied at any time.
Therefore, this is not the official position of Slovenia, but one of many informal proposals for a possible solution to the issue concerning the countries of the...