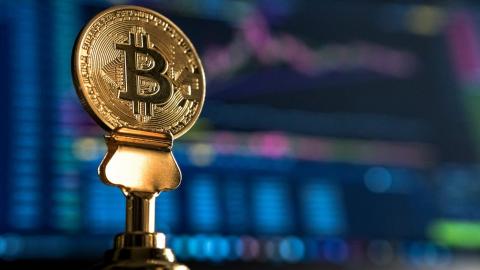 "Crypto-assets [may not be] used directly or indirectly in the provision of payment services and electronic money issuance," TCMB wrote in new rules published on Friday.

TCMB said that the decision reflected concerns about "irreparable possible damages and significant risks", since there is no regulation, monitoring mechanisms or central regulatory authority, and noting "the potential for criminal activity".

Turkish citizens recently flocked to crypto-assets amid a steep fall in the value of the Turkish lira and high inflation, causing a boom in the cryptocurrency market. Investors see crypto assets as a safe haven.

"In the next step, I believe the government will introduce taxes on crypto assets," Fatma Ulucan Ozkul, a professor of business specialising in cryptocurrencies at Bahcesehir University in Istanbul, wrote on Twitter on Friday.

The US-based cryptocurrency research organisation Chainalysis said that in the first four days after the bank governor was sacked, cryptocurrency transactions worth 23 billion lira (nearly 2.9 billion US dollars) were recorded in the country.

The inflation rate jumped to 16 per cent in March but experts think the real rate is likely higher, and accuse the government of manipulating the figures to create a better picture.