Youth and digitalisation in focus of Adriatic-Ionian conference 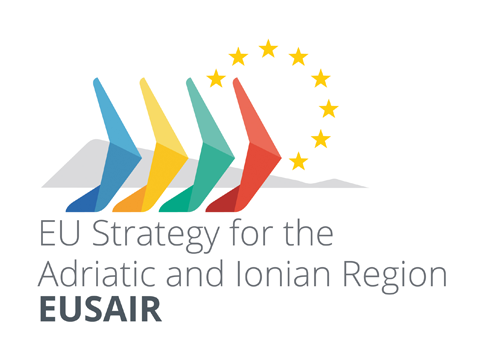 Ljubljana – President Borut Pahor said the Adriatic-Ionian Initiative is an important leverage of regional cooperation and European integration of Western Balkan countries as he addressed the 17th conference of parliamentary speakers from the group of 10 countries as part of Slovenia’s presidency of the initiative.

He hailed the topic of the conference, hosted by the National Assembly, saying the epidemic had narrow down the youth’s options for full-fledged activities, enhancing a feeling of hopelessness. This could speed up young people’s emigration, a problem encountered by most countries in the Adriatic and Ionian region.

Foreign Ministry State Secretary Gašper Dovžan said Slovenia would take over EU presidency only a month after its one-year stint at the helm of the initiative, so it was was only logical it had sought synergies of both stints.

He believes Slovenia’s presidency of the initiative is a manifestation of “our strong commitment to the region and its progress”.

Slovenia will remain a strong and reliable partner in the region, which can be seen from its priorities for EU presidency in the second half of 2021, he said.

Dovžan also stressed Slovenia was well aware of the great role EU membership had for Western Balkan countries and all the other activities leading towards this goal.

National Assembly Speaker Igor Zorčič, the host of the conference, said that despite the pandemic, Slovenia’s presidency had been marked by member states getting even more connected, showing more solidarity and proving “we can also successfully cooperate in extraordinary and unpredictable situations”.

It takes common efforts and employing all synergies to achieve common goals, with national parliaments being the ones that give goals political support, he said.

The role of parliaments was also highlighted by the initiative’s secretary general, Giovanni Castellaneta, who said they played a key role as the closest link with citizens, who are the ones who must feel the actual benefits of integration and cooperation.

Castellaneta is convinced that together, they can create a flourishing regions with prospects which will encourage economic and social development and support EU integration of the Western Balkans.

Following the introductory addresses, it proceeded with discussions about the development of digital society, focussing on opportunities and challenges it brings for younger generations.

The Adriatic-Ionian Initiative was formally set up in 2000, with Slovenia presiding it for the third time this time round.

The post Youth and digitalisation in focus of Adriatic-Ionian conference appeared first on Slovenia Times.