BBC: What Does Bulgarian Arms Dealer Have in Common with 2014 Explosions in Czech Republic? 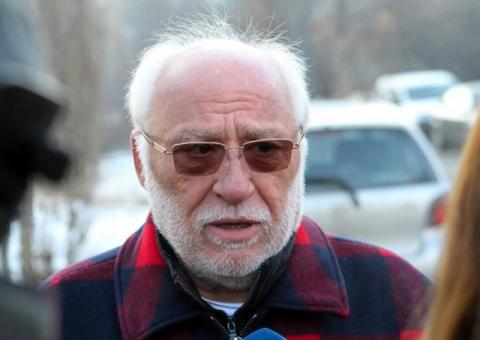 The BBC has been lively commenting on the Bulgarian trace in the explosion of ammunition depots in the Czech Republic in 2014. The media reported that one of the people who stored in Vrbetica ammunitions that were meant for Ukraine was the Bulgarian arms dealer Emilian Gebrev, who six months after the explosion became the target of an assassination with an unknown nerve agent in Sofia.

Why Russian intelligence agents blew up the ammunitions depot in Vrbetica, the BBC asks, and answers: reliable sources have informed the media that Emilian Gebrev was storing weapons destined for Ukraine there. However, the case of the attempted poisoning of Gebrev does not draw serious attention until 2018 after the Salisbury poisoning and the use of "Novichok", BBC adds.

They also recalled extensively the revelations on the Bellingcat investigative site about a third person, besides Alexander Petrov and Ruslan Boshirov caughtin Salisbury (or Alexander Mishkin and Anatoly Chepiga, as they their real names are supposed to be). This third person has been identified as Sergei Fedotov, who, in addition to being in the UK at the time of the incident with Sergei and Yulia Skripal, was also in Bulgaria at the time of the Gebrev's assasination.

Using the same passports as in the UK Petrov and Boshirov landed at Prague airport on October 11, 2014 shortly before the explosion. Why Gebrev was a target, asks the BBC again, and replies that he supplied weapons to many countries against Moscow's wishes. Probably it was Ukraine, but also other countries mainly in Asia where he WAS competing with Russian arms suppliers.

The explosion in Vrbetice in October 2014 appeared to be an attempt to damage Gebrev's business and as a warning before the subsequent attempted...