Iconic mansion of Turkish cinema to be restored 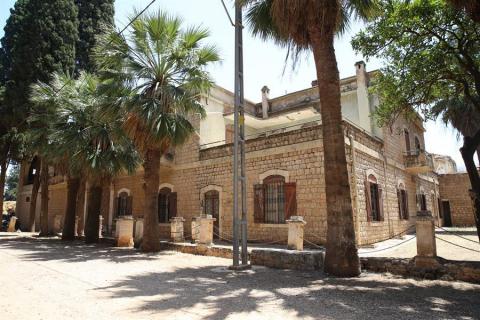 A historical mansion in Turkey's south, where many classical works of Turkish cinema were shot during the 1970s, will be restored and converted into a cinema museum.

Even after decades, Yeşilçam, known as Turkey's "Hollywood," continues to draw people's attention with its unforgettable old movies and iconic details.

Carrying the traces and memories of dozens of Yeşilçam classics, a historical mansion in Turkey's southern province of Hatay's Reyhanlı district will be brought back to life with a restoration project.

The Hatay Governor's Office has approved a restoration project on Fatih Aliye Müderris Mansion, where many prominent works of Turkish cinema such as Kibar Feyzo (Feyzo the Polite One), Adak and Sultan Gelin (Sultan the Bride) were shot.

Having a huge reputation after becoming famous as the house of Maho Ağa in the 1978 Turkish comedy Kibar Feyzo, a story of a peasant who defied his village's patriarchal and feudal system for his love, has been in ruins for many years due to neglect.

Speaking to state-run Anadolu Agency, Hatay Governor Rahmi Doğan stated that the historical mansion will be contributed to Hatay province by bringing it to the cinema and tourism sectors.

"We could not leave the mansion that hosted the popular films of Turkish cinema to its fate," Doğan said.

"We made observations in the mansion recently. The structure, which has no trace left in the movie, is in danger of collapsing due to excessive wear," he added.

Medical student studies at library he once worked as laborer

Turkish capital to be mesmerized by Latin music