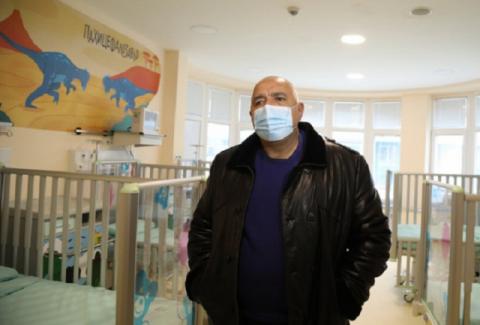 "In the 45th National Assembly GERB is the first political force. To keep peace in the country, I'm not going to be prime minister. Daniel Mitov was foreign minister - the most important post after the prime minister. For the sake of peace and a stable government, I will not head this cabinet", said Borisov, who is well aware that the cabinet composition proposed by him will almost certainly not be approved by the National Assembly, where GERB is in opposition.

"There is an overwhelming majority in parliament, which has not happened for quite a while. That's what democracy is. Even though we were first, if they had little morality, as the first political force we should have had a chance to nominate a president of the National Assembly. Hysterical and vicious people have always scared me - only thugs behave like that," the outgoing Prime Minister said.

They can make fun of us as much as they want and keep us for four years as a minority government," he said adding that the pride of his opponents will not allow this to happen.From the words of the Prime Minister, it became clear that he will rather not appear at the hearing before the Parliament on Wednesday and so once again will disparage the National Assembly as an institution.

HERE ARE GERB'S PROPOSALS FOR A NEW CABINET:

The party stands unanimously behind Daniel Mitov as prime minister.

Tomislav Donchev - the best expert in the European Funds;