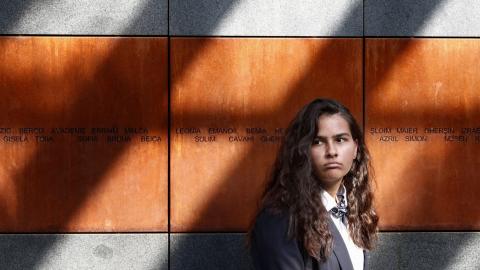 On 5 November 2020, an amended version of the law from 1990, granting financial compensation to both victims of the communist regime and their descendants, came into force after being published in Romania's official gazette.

Parliament adopted the new law after it was tabled by three MPs representing national minorities, among them the Jewish community's representative, Silviu Vexler.

One of its new provisions excluded those who had been "condemned for crimes against humanity" or who had undertaken "fascist and/or legionnaire activity in the ranks of an organisation of this type". The same exclusion applied to the children of fascist victims of communist repression. [The Legion of the Archangel Michael was an anti-Semitic, ultra-nationalist and fascist organisation.]

The changes have not gone down well with everyone involved in promoting the memory of the anti-communist resistance.

The Association of Former Political Prisoners complained that it had not been consulted on the law changes. It also accused the law's promoters of excusing the Stalinist show trials in which Romania's new communist rulers used accusations of fascism as an excuse to jail or even execute any dissenters.

"Do you want us to be reminded of who the first bosses of the Securitate [the communist secret police] were? … Who were the vanguard of the Soviet-communist regime of occupation, and what their origins were?" the association said in a statement.

It was a clear reference to the prominence of Romanian Jews in the early days of the communist movement and in the early phase of Romania's communist regime. Similar claims and accusations have appeared in nationalist websites and publications.

While the law is still in force, the disputed...